For over four decades TONY DAGRADI has made his home in New Orleans, performing on tenor and soprano saxophone with many of the Crescent City's most celebrated artists, including Ellis Marsalis, Allen Toussaint, Professor Longhair, James Booker, The Meters, Dr. John, James Black, Johnny Adams and Gatemouth Brown.  An accomplished classical performer as well, he's often called upon to augment the woodwind section of the Louisiana Philharmonic Orchestra.  His performing past also includes five years as a member of the internationally acclaimed Carla Bley Band and appearances and recordings with Bobby McFerrin, Mose Allison and Nat Adderley.

Dagradi is most well known for his work with Astral Project, an adventurous quartet made up of top New Orleans players dedicated to playing cutting-edge improvisational music. Over the years the band has performed throughout the world, garnering universal praise as one of the most innovative, compelling jazz bands anywhere.  For more information on Astral Project click here to visit the band website.

As a visual artist, his work with altered books offers a wide array of imagery in terms of both subject matter and stylistic process.  When working with antiquarian texts, vintage encyclopedias, technical manuals, modern books and graphic novels, the results of his methods allow the contents and imagery of long outdated material to be viewed in a manner that is both exciting and thought provoking.

Dagradi has participated in numerous group exhibitions around the country including Art of the Book, Seager Gray Gallery; Pirate Contemporary, Denver; Mapping Out, Studio on the Park; Art Market, San Francisco; Art On Paper, New York; 21st No Dead Artists, Jonathan Ferrara Gallery; and Art Miami.  His work has been featured at both the Contemporary Arts Center and the Ogden Museum in New Orleans and he has presented three solo shows, Remix (2022), Diffusion (2018) and Books Transposed (2018) at Jonathan Ferrara Gallery.

After teaching saxophone and jazz studies at Loyola University New Orleans for thirty years, Dagradi recently retired to devote himself more fully to his personal development as an artist, performer and composer.

The fourth in a series of five original e-books by David Lasocki about New Orleans' legendary contemporary jazz group, Astral Project.
"The amount of information and understanding David Lasocki has brought together in all of the books in this series…

On first listen, Tony Dagradi’s Gemini Rising sounds simply like a New Orleans ensemble hitting its stride with equal parts grace, grit and gumbo.  But wait a minute - this is a horns-and-drums band only.  Master saxophonist…

Tony Dagradi’s recent release, "Gemini Rising," is a unique recording of original compositions, and one Monk composition (Monk’s Mood) performed by a section of saxophones (all played by Dagradi) and only drums.  Joined by some fo the busiest…

Gemini Rising is a unique entry in Tony Dagradi’s discography. For this project of mostly original music, Dagradi overdubbed on four of his horns and is just joined by one of three different drummers. After hearing one selection, it is…

In the late '80s, Tony Dagradi played and recorded with the New Orleans Saxophone Ensemble, an all-star group that was modeled after the internationally renowned World Saxophone Quartet.  It included the late Earl Turbinton and Fred Kemp plus baritone saxophonist…Read more

Astral Project first played New Orleans Jazz Fest in 1978. And this savvy, virtuosic quartet has been bringing its well-honed modern jazz ideas to the Fair Grounds ever since. On Friday at the Jazz Tent, the quartet showed that the…Read more

Sax Solos Over Jazz Standards: Book-CD set
Recommended for: musicians who already have some knowledge of jazz theory, but are struggling to unlock their own “true voice” as…Read more

Today, I would like to introduce “Sax Solos Over Jazz Standards,” a new book and play along CD which was just released by Jamey Aebersold’s Jazz Books. My goal in producing this music was to present sophisticated and balanced melodic…Read more

Astral Project is often called the best contemporary jazz band in New Orleans, with good reason. They play with the cohesion of a band that’s been together fordecades, andthe passion of youngsters. Their music is at times outside, inside, funkified…Read more

It’d be tough for anyone to possibly enjoy playing their instrument more than drummer Simon Lott does. Watch Lott a few times and you’ll notice that a distinct full-body grinignites even as he approaches the kit. By the time he…Read more
PRESS
“Tony Dagradi is the optimal front man. His singing tenor and soprano saxophone style is a compendium of jazz history, blending the verbose blues of CannonballAdderley with more current “outside” trends.”
- James Rozzi, Jazziz

"Dagradi is such a distinctive tenor saxophonist that he deserves more critical acclaim than he has previously garnered, a post-John Coltrane player who has shed prior influences to attain a unique voice." - AllMusic, Michael G. Nastos

"Dagradi wrings each note for all its is worth, striving for simplicity as he makes each solo a song unto itself." – Gene Kalbacher, New Jersey Notes

“Dagradi’s technique on soprano and especially tenor is evocative and exultant. Like so many tenor players, Dagradi speaks of a period when he was ‘totally immersed in Trane.’ To his credit, the…saxophonist manages to capture the spiritual strength Coltrane so elegantly epitomized.”
- Norman Provizer, Jazziz

“One gets the impression, when listening to Dagradi, of being in the presence of a great storyteller and the music asserts that feeling. More than anything else Dagradi gives the essence of freedom and fire without a feeling of too much looseness. Also, it is important to mention Dagradi’s strong feel for rhythm. He makes it his own, including a great control of dynamics…a highly gifted and uncompromising saxophonist.”
- Tim Price, Saxophone Journal 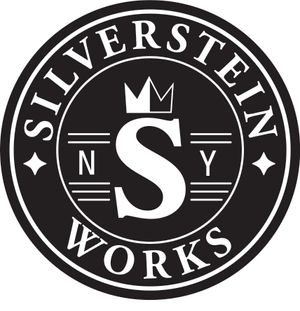