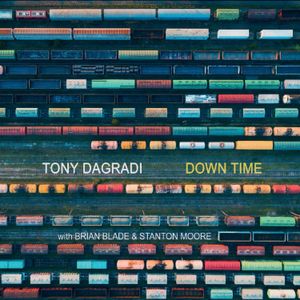 Click on a CD cover to listen or purchase:Down Time, Tony Dagradi once again presents original compositions featuring multi-layered arrangements for saxophones and drums.  Tony plays all the saxophone parts and is joined by two of New Orleans most revered drummers.  The intrepid Brian Blade, contributes amazing nuanced playing that captures the spirit of each tune.  Meanwhile, Stanton Moore lays down some serious New Orleans funk.

Now available at CDBaby, iTunes and all other online retailers. 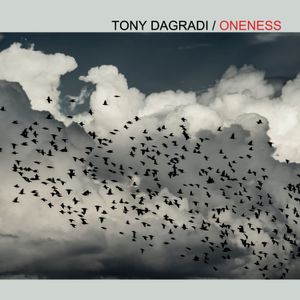 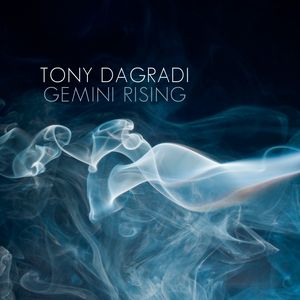 Just saxophone and drums; what could be better? 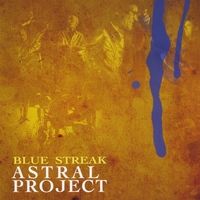 Where Blue Streak consists of tracks typically familiar in Astral Project's style of modern contemporary neo-bop jazz, they are remarkably consistent in their unmistakable signature sound, proud to play at such a high level of concentrated energy and serious purpose. Tony Dagradi in particular is such a distinctive tenor saxophonist that he deserves more critical acclaim than he has previously garnered, a post-Coltrane player who has shed prior influences to attain a unique voice. He is also the majority leader in writing this material.

Saxophonist Tony Dagradi, guitarist Steve Masakowski, bassist James Singleton and drummer Johnny Vidacovich direct their creativity to many fronts - as educators and leaders and sidemen in various projects. Astral Project could certainly be deemed an all-star band that greatly benefits from the rarity of a long, satisfying history. The results, as heard on The Legend of Cowboy Bill, is the unique quality of an identifiable group sound that also regales in the distinctive voices of each of its hugely talented musicians. 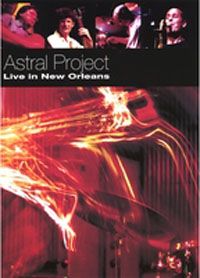 While a live recording is an absolute necessity for some bands whose essence seems to be difficult to capture on disc, Astral Project has never had this foible. Nonetheless, the spontaneous communication and improvisation that is central to jazz happens on the bandstand. The straight forward title of this package succinctly tells the story. Live in New Orleans is Astral Project digging into the music with unwavering verve in the comfort of its home turf.  A DVD/CD boxed set recorded at Snug Harbor, Astral Project's home base in the Crescent City. 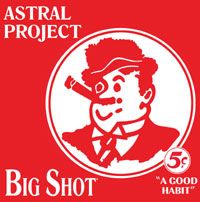 Big Shot features eleven original tunes from the group Jazz Times calls "a co-op comprised of world-class improvisers and composers.  The recording finds Astral Project indulging more than ever before in the playful grooves of the Crescent City.  These arrangements -- fine-tuned on the road -- showcase a quartet brimming with spontaneous communication and focused intensity. 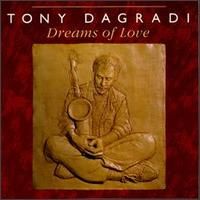 DOWN TIME
Offbeat Magazine, August 27, 2019
In the late 1980s, Tony Dagradi, who is most recognized blowing sax with Astral Project, played and recorded with the New Orleans Saxophone Ensemble, an all-star group that was modeled after the internationally-renowned World Saxophone Quartet. It included the late Earl Turbinton and Fred Kemp plus baritone saxophonist Roger Lewis. Dagradi returned to that format for his 2014 release, Gemini Rising, though for that outing he played the entire range of saxophones—soprano, alto, tenor and baritone—plus added drums. Down Time continues that instrumental concept with Dagradi as a one-man sax section with Brian Blade and Stanton Moore taking turns behind the drum set.

It opens with the leader’s composition, “Miles,” a pumpin’ tune Astral Project fans will probably recognize with Moore laying down the funk. What immediately jumps out on this selection—as well as many throughout the album—is Dagradi’s strength on bari, a horn audiences seldom hear him play. On several ballads, including his originals “Fallen” and “Too Soon” as well as the only non-original, a Dagradi favorite, the beautiful “My One and Only Love,” the saxophonist forgoes the drums for a melodic quietude.

Blade is onboard for the title cut, “Down Time” and makes good use of his mallets. Tonally they complement Dagradi whose baritone again plays a prominent role. This rhythmically textured tune at once suggests a laid back reggae attitude and then lightly swings in a modern mode.

The album goes out with the spirited “On the Savanna” that proves to be a fun way to end the altogether enjoyable Down Time. - Geraldine Wyckoff

"Kudos to Dagradi for not only selecting, writing, and arranging for saxophone ensembles a set of interesting and enjoyable tunes on the CD, but also performing the heck out of them on each instrument."
- Frank Bongiorno (Saxophone Today)

"Gemini Rising is a unique entry in Tony Dagradi’s discography...the results are quite simulating and spirited...highly recommended!"
- Scott Yannow (Jazz Inside)

"Always a saxophonist of invention, Dagradi has really become a master of the baritone.  Gemini Rising looks back to the past for inspiration and forward to the future for new ways to hear and explore jazz."  - Geraldine Wycoff (Offbeat)